Executive/life coaching covers many topics such as but not limited to leadership, management, time management, goal setting, motivation, peak performance, team building, conflict management, diversity, human resources, etc. Our executive/life coaching provides a solution-focused approach to creating an efficient and effective life. Sessions can be one-on-one or in groups. In addition speaking at events, conferences or events is also offered.

ME Matters, LLC is proud to work with Lee Woodall as an executive and life coach. 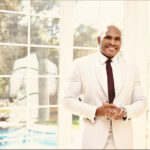 Lee Woodall has spent his life dedicated to training, fitness, and athletic accomplishments. Born in York pa and grew up in Carlisle, PA, where Lee played high school sports.

He played on 2 state basketball championship teams, which Carlisle at the time had won 4 straight State championships in a row. Lee was awarded a scholarship to play collegiate football at West Chester University. In his first year, he gained honors as a special teams player of the year. He went on to be named 3-time defensive  player of the year and 3-time MVP. He was also selected for the West Chester University Football Hall of Fame. His stellar college career led to a 6th round draft choice for the San Francisco 49ers. Lee spent 8 years in the NFL where he played 6 years for San Francisco 49ers, 1 year at the Carolina Panthers and 1 Year with the Denver Broncos. Lee was a starter 7 out 8 years of his NFL career. At San Francisco He was a starting rookie during the 1994 season – and he made the All Rookie Team. That year, the 49ers beat the San Diego Charges 49-26 in Super Bowl XXIX, making Lee a Super Bowl Champion. During his 8-year NFL career, Lee was selected for 2 Pro-Bowls in 1995 and 1997 and was named All-Pro in 1995.

Lee Woodall; Minister, Community Leader, sports coach, spiritual coach, relationship coach, life coach, master coach, laser coach, Group coach, marriage coach,Health and Wellness ambassador, Leader in Safety in Youth Sports, and currently the Philadelphia NFL Alumni Chapter President. Lee co-owns a company called Pros 2 Professionals where he opens up the avenues of sports training, combines, travel, business development, and sports scouting.This year he will be putting on his first NFL Alumni Destiny Bowl game powered by Pros 2 Professionals which will be played at Susquehanna university. Lee is a consultant in an energy drink company by name of Genesis which is due to launch in fall of 2020 although the company has been in existence since 2006. Lee also has a non profit called men of Destiny 54 Foundation. Where they help men, families, and former athletes rebuild themselves in the community, social media, resume writing, goal setting, and much more. Lee’s non profit has allowed him to launch the first ever Transition Boot Camp for retired NFL players, spouses or accountability partners. This will launch in 2020 which bears the name of “NO EXCUSES NFL TRANSITION BOOT CAMP”. He is also currently writing a book called Transitions, with a work book of 10 former NFL Athletes Talking about an exert of their life dealing with their perspectives of transition from Perception, self sabotaging, underlying purpose behaviors and more. Lee is not just a champion on the field but he is also a champion in life. Lee loves speaking to youth, teaching corporate businesses on team, mentoring athletes both youth and professionals, ministering, and putting on his speaking tour of Dare To Be Different. Lee is married to Terri Barnett-Matthews and has a blended family of 7 kids. Jahmee Matthews, Lee Woodall Jr, Landen Woodall, Aliyah Woodall, Alijah Woodall, Jream Matthews, and Jaden Mathews. Lee loves Spending time with God, His wife, his family, his friends, and his community.