Featuring the same technology used by top performers and businesses. Proper exercise and nutrition are essential for a healthy body, but what about a healthy mind? How well a person performs is directly related to how well their mind functions. Training your mind to operate at its peak minimizes the effects of performance issues, which typically manifest as stress or anxiety. Neurofeedback has helped those with ADD/HD, learning issues, anxiety, emotional problems, impulsivity, OCD, traumatic brain injury, addictions, and more.

There are four main brain waves that determine how we function in all aspects of our lives- from sleeping to being active. A QEEG ( quantitative electroencephalograph) measures the electrical activity of the brain’s waves. Using a computer program, a ’map’ of a person’s brain is created providing information on which brain waves are in excess or insufficient. In addition, the map also shows the amount of energy of the waves, which waves may be dominant, how information is shared across the left and right hemisphere of the brain, and how much information is produced. This information is provided for various locations within the brain including:

Protocols are then generated by using a statistical analysis program to compare the QEEG to thousands of others. Through operant conditioning, these protocols provide your brain the opportunity to ‘learn’ and change, with the goal of normalizing and optimizing the brain so that it may work more efficiently. Through discussions and assessments, that ask you to determine your thoughts and feelings on a variety of topics, a protocol is chosen for your neurofeedback training.

Neurofeedback training happens with no physical exertion, but simply by listening to relaxing music or watching a movie. The music or movie will play when your brain meets the criteria of the protocol and will fade out when it doesn’t. After a while, your brain will learn how to function optimally. Neurofeedback training is based on balance and as one area of the brain is affected the entire brain is affected, so every 20 — 30 sessions a new ’map’ should be generated. To increase the effect of the training, there is an option to combine photic stimulation (using subtle flashing lights) to trigger your brain to produce optimal conditions. The option will be discussed when you receive your brain map.

Neurofeedback Therapy Used For (but not limited to):

To read research related articles and website on the use of neurofeedback on a variety of issues, go to Clear Mind Center.

"Our son is an 11 year old who started his first year of Middle School this September. There was obviously a lot of anxiety associated with changing schools, and going from an Elementary School setting to a Middle School setting (changing classes, different teachers, etc.). In September Hayden’s anxiety level «peaked». He started to develop «tics». Things like coughing excessively, grabbing himself inappropriately, and an almost constant lack of attention/inability to concentrate. These behaviors made both the teachers at his new school, and his fellow students extremely uncomfortable.
About 1 month into the school year he started doing a neuro-feedback program with Dave Piltz. Dave did an initial brain-map to establish Hayden’s baseline, and then met with Hayden 2-3 times a week to provide the neuro-feedback therapy.
Since October we’ve noticed some very significant changes. He has always been a student who has very little interest in his schoolwork. Getting him to study and complete tasks on his own almost never happened. About 1 month into therapy I went upstairs to his room, where the babysitter said he was doing his homework, expecting to see him goofing off. Instead, I peeked into his room, and saw him actually paging through his textbook, answering worksheet questions, and studying for his test! Last year (before neuro-feedback) I had to force him to study, and even at that, I had to do most of the leg-work for him. For me to see him doing his work, on his own, was a significant change indeed! I crept back down the stairs and went to the kitchen, where my wife was preparing dinner, with a big smile on my face. When she asked why I was so happy, I reported what I had seen. Needless to say, my wife was as happy and impressed as I was.
We’ve also noticed changes with Hayden’s «tics». He does still cough excessively, but now it seems concentrated to when he is very nervous. He is not grabbing himself as frequently, and his attention span is much improved. We’ve tried in the past to get him to sit and watch a movie with the family, and normally he has no interest. Two months ago he sat and watched the «Hobbit» movies with us, was engaged, and actually seemed to enjoy the movies. We’ve also noticed the same improvements when it comes to board games.
Overall, my wife and I have been very impressed with the neuro-feedback program, and even more so with Dave Piltz. I’d highly recommend neuro-feedback therapy in general and Dave Piltz in particular. He’s done a lot for our son and our family, and for that, my wife and I are eternally grateful."   Mike and Susan

"After completing 15 sessions of neurofeedback I can focus more and pay attention to conversations more.I don’t feel the need to have caffeine very often as I used to have a mountain dew and or monster energy drink every day.I’m not tired during the day as I used to sleep through 3-4 classes during the school day now I don’t sleep through classes.I can openly talk with people as it’s is easier for me to start and engage others in conversations. It used to take me a few hours to open up and talk with others; now it takes a few minutes for me to open up. Finally, I comprehend things better. I used to not understand lots of things people say but now I understand more (not everything they say but a lot more)."   Bryan, 15 years old

Neurofeedback is training your brain. It uses technology to assess your brainwave activity and then uses a process where you watch a movie or listen to music to obtain optimal brainwave activity. It is a non-invasive, no pain, no-harm technology used by professional athletes, top performers and businesses all over the world.

What does Neurofeedback treat?

It depends on many factors that include your past and current medical and emotional issues. It is effective for both medical and emotional concerns and can be a stand-alone option or a complimentary option along with other types of therapy. Neurofeedback is a non-invasive, natural, no-harm therapy that has been used world-wide for a variety of mental and medical conditions. Neurofeedback is most effective when offered in the context of a person’s medical, social and emotional states and therefore is applicable to a wide range of issues.

What does Neurofeedback entail?

Neurofeedback training happens with no physical exertion, but simply by listening to relaxing music or watching a movie. The music or movie will play when your brain meets your optimal brainwave activity and will fade out when it doesn’t. After a while, your brain will learn how to function optimally. Neurofeedback training is based on balance and as one area of the brain is affected the entire brain is affected, so every 20 — 30 sessions a new ’map’ should be generated. To increase the effect of the training, there is an option to combine photic stimulation (using subtle flashing lights) to trigger your brain to produce optimal conditions. The option will be discussed when you receive your brain map.

How does Neurofeedback work?

Neurofeedback utilizes a non-invasive technique for monitoring brain activity. Small sensors are attached to specific areas of the head using paste. Computer software records the brain waves and displays the data in real time. During a session you are watching a movie or listening to music. The software compares the incoming brainwaves to that of an optimal brainwave in the target range. If the brainwaves deviate from normal ranges, it triggers the audio or video to fade. The brain automatically detects this and refocuses itself back into the proper range. Training sessions usually last 30 minutes. Results can be realized as early as the first session but for many 15-30 sessions are needed for the desired results.

Is Neurofeedback covered by my insurance?

Typically it is not, however you should call your insurance and determine your benefits. It may also be covered by your out-of-network benefits and any health savings accounts you may have.

What is the first step I need to do?

It begins with scheduling an appointment for a QEEQ, or brain map which should last between 45 — 60 minutes. During that session, you will complete a series of assessments and have a brain map completed. All of this helps to determine the optimal brain activity for you. A follow up meeting will be scheduled to discuss your results and your recommended protocol which will last about 30 minutes. Your first session can also happen at that time which will also last 30 minutes. After that you will schedule your sessions that can be daily, a couple times of week, or weekly.

How often do I receive Neurofeedback?

Neurofeedback is most effective when 30 sessions are completed. However in some cases additional sessions may be needed. Sessions are 30 minutes in length and their frequency can be daily, multiple times a week, or weekly. After fifteen sessions, another brain map can be generated to assess progress or it can be generated after 30 sessions. At fifteen sessions, a brief evaluation of progress will be conducted.

Neurofeedback is a technology that anyone can buy a system and be trained on. There are many home based options available. The system used at M.E. Matters is a comprehensive professional system whose proprietary database is based on thousands of clinical data. Dave Piltz leads our Neurofeedback and he has been trained in neurofeedback including Alpha Theta wave training, In addition he is trained in Gas Diffusion Visualization, Pranic Healing and is a Reiki Master. He also is a Master Practitioner of the Myers Briggs Type Indicator and certified in Neuro-PQ which connects brain maps and brain activity with personality preferences.

How expensive is Neurofeedback?

Neurofeedback is no more expensive than other types of therapy. We offer individual and package pricing along a 10% discount on paying upfront. Ask our staff for the most current pricing. 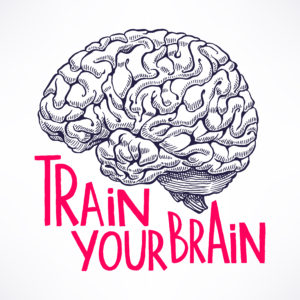