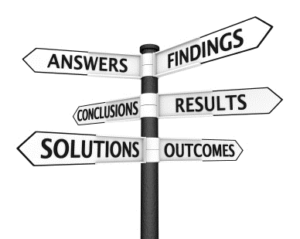 Change: The Outcome of Couple Therapy

Emotionally Focused Couple Therapy (EFCT) is an approach to working with couples in which the impact of emotions is not only considered but creates a framework for understanding why the emotions exist (Gehart, 2014). The underlying reason for emotions are attachment based in EFCT. This suggests the connections an individual baby and infant makes with their caregiver, most often a biological parent, creates for the baby and infant a sense if the world is safe and secure or not. As a baby develops into an infant and then into a toddler a pattern of being safe and secure or not develops and creates an attachment style. Attachment styles such as anxiously attached or securely attached becomes a person’s worldview and creates for the person both consciously and subconsciously the meaning and beliefs of relationships and interactions. The purpose of EFCT is to help individuals in couples to become self-aware of their attachment style and their emotions, whose effects are unhealthy, and then work to create new patterns that promote health (Johnson, 2004).

EFCT has three stages with nine steps. Stage 1 de-escalates negative cycles while stage 2 changes interactional patterns and creates new healthy engagement, and stage 3 consolidates and integrates new interactional patterns into daily life (Gehart, 2014). Each step has specific interventions and for the purposes of this blog let’s focus on stage 2 and steps 5, identify disowned attachment needs, and 6, accept partners experience. At this point in the EFCT process, individuals have been able to access their emotions and are now ready to discuss the emotions that occur during interactions with the goal of being able to own the emotions and the affects and effects it has on the relationship. Evocative responding allows one partner to fully describe their emotional experience and for the other partner to understand that experience. Heightening goes deeper in the emotional experience so that each individual can fully accept and take ownership of their emotions. Empathic conjecture provides meaning to not only the emotional experience but also the interactional experience based on the emotions. Restructuring interactions creates a way to synthesize the new emotional awareness and create a new way to interact based on the new emotional awareness (Johnson, 2004).

Kenny and Katie have been married for 9 years and have three children ages eight, six, and two. About two years ago both started feeling that they were emotionally disconnecting. Katie describes that it really began when their last child was born two years ago. She said the first week out of the hospital both Kenny and her were at home taking care of the children. But at the second week Kenny had to go back to work and Katie was left with being the primary care-taker of all their children. Katie, describes the experience as being abandoned and worthless. Kenny admits he could have been more attentive but states that he had to go to work so that he could support the family. Before coming to therapy Katie kissed a mutual friend who was providing her emotional support during this time. We pick up the therapy after the negative cycles have de-escalated and both are beginning to access their emotional experiences with their partner.

Kenny: I can’t believe, you did this. I am so heart broken and hurt and angry and sad. How can you do this to your family, to me and to the kids?

Therapist (Evocative Responding): Kenny, you seem shocked. Your shock can come from the fact that you believe someone who loves you doesn’t hurt you.

Kenny: Yes, I am shocked. How can someone who loves you hurt you? That doesn’t make sense! I would never do that to someone I loved. I feel so lied to.

Therapist (Evocative Responding): Kenny, how do you feel when you say you feel lied to?

Kenny: I feel angry and embarrassed.

Therapist (Heightening): Tell me more about the anger and embarrassment.

Kenny: It reminds me of when I was a kid, about 13 years old when my parents broke up. But they didn’t tell me they broke up they told me dad had to relocate for work and would be gone for at least 6 months. I remember always talking to him about every other day. Then about 3 months later, mom had a new friend that would stay late sometimes. And one time I saw them kissing on the couch. I couldn’t believe it I then put it all together and felt like an idiot for not realizing what was happening.

Therapist (Empathic Conjecture): So when you discovered that Katie, sought comfort from another individual you felt lied to and like an idiot because you didn’t see it coming when you should have.

Kenny: Yes. I just can’t believe she lied to me. It hurts so much.

Therapist to Katie (Evocative Responding): Katie, when you hear Kenny tell the story of how he was lied to when he was around 13, what comes up for you? How does that story make you feel?

Katie: I don’t know, I guess sad and sorry for him. But it’s been so long that he continues to hurt me and not pay attention to me that I guess I don’t care anymore. I should be allowed to have someone care for me, right?

Therapist:  (Evocative Responding): Katie, you feel alone and not important in the relationship.

Katie: Yes, I do. He seems to only care about himself and the kids and not me. His apologies are meaningless since he just keeps doing the same old crap. I don’t deserve to be treated this way.

Therapist (Evocative Responding): Tell me how you feel when you say I don’t deserve to be treated this way.?

Katie: My first boyfriend, tricked me and used me. He said he cared for me and wanted our first time to be special. I bought into his manipulation and we had sex when I was 16. Then, the next day he stopped talking to me and was talking to Sarah. He told everyone I was a slut. All he wanted form me was sex. It disgusted me to feel and know he used me.

Therapist (Empathetic Conjecture): So you feel that Kenny is using you to just take care of his kids and family and house and doesn’t care about you.

Katie: Yeah, I think so.

Therapist (Restructuring Interactions): It seems that you both have created a pattern, where Kenny feels lied to and Katie feels used. And in those feelings, you both feel angry and maybe embarrassed and ashamed. That patterns creates for both of you wanting to distance yourselves from each other.

Therapist (Restructuring Interactions): So what would happen if Kenny when you feel lied to you ask Katie if she is lying and if Katie you are feeling used you ask Kenny if he is using you? What do you think that would do?

Kenny: It would help me not get so angry, but I will have a hard time trusting in the beginning.

Katie: It would help me not feel so worthless and that he does actually care for me.

Therapist (Restructuring Interactions): Great. Can we agree to this new way of interacting and evaluate it next time?

In this brief hypothetical case, which happens often in couple therapy, the goal is to create new patterns and lasting change. Hopefully this example and brief description provides insight into how change works in couples as they manage their lives together.