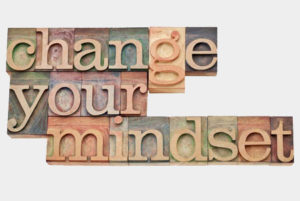 It is a common and frustrating experience to repeatedly engage in self-defeating patterns despite intentions to the contrary. The variations on this theme are many; procrastination, dating self-absorbed partners, compulsive shopping, drinking or eating too much…you get the idea. You tell yourself you will plan ahead and be more intentional. And you succeed for a while, but much to your dismay, your effort is short-lived.

Sigmund Freud labeled this the “repetition compulsion” and understood it to arise from our desire to fix something troubling and unresolved from our past. He originally believed that simply raising our awareness of the problem would solve it, but he discovered, as you likely have, that while that is a necessary first step, it often doesn’t stop the reoccurring issue. So why isn’t awareness of the problem sufficient for breaking the unwanted cycle?

If I know I feel badly afterwards, why can’t I just stop?

The answer is that the unwanted behavior is at once a problem and a solution. For example, we are aware that compulsive shopping is problematic. But a closer look reveals that compulsive shopping also solves a different problem; one that remains hidden or out of our awareness. As long as it remains hidden, an unwanted cycle of behavior and the associated emotional distress it evokes will persist.

In psychoanalysis, the hidden meaning is revealed, allowing for greater control over unwanted behavior. This occurs as the therapist listens for and shifts attention to these hidden experiences, thus uncovering the deeper, driving problem. There may be an investigation of relevant aspects of one’s past, but contrary to popular belief, the past is not examined gratuitously; rather its relevance to the present is revealed with the aim of clarifying the self-defeating behavior.

Caitlin was aware that she shopped too much, overspent, and felt remorseful after doing so. Her remorse and debt led to a cycle of self-loathing to which she responded by shredding her credit cards and banning herself from shopping at the mall or online. These were short lived efforts to control the cycle. For reasons unclear to her, the impulse to shop would resurface in an intense, irresistible manner. The compunction she inevitably felt later was completely lost to her in the immediacy of these moments, and the only relief she could imagine was to shop. Then the painful cycle began anew.

Caitlin described her mother as a woman who was defined by her beauty. Many of Caitlin’s most memorable interactions with her revolved around their shopping excursions. Caitlin easily recalled feeling doted on, like she was her mother’s doll during their excursions. Caitlin’s initial memories of these times were exclusively positive, explaining little about her present day shopping recklessness.

Her therapist carefully listened for and focused Caitlin’s attention upon forgotten aspects of her interactions with her mother, shedding new light on Caitlin’s problem. For example, Caitlin remembered her bewilderment when her mother lamented the shape of Caitlin’s body, her hair color, her facial features, and how she never looked quite right in her clothes. Caitlin understood for the first time that she had begun to hate herself as much as she believed her mother hated her.

Eventually she was able to connect the immediacy of her shopping urges to her longstanding states of self-hatred. And as Caitlin realized that her mother had struggled ineffectively with her own self-esteem and thus was unable to bolster Caitlin’s, she was relieved of the unconscious pursuit of her mother’s approval, falsely promised by their shopping trips. In short, Caitlin untangled her true feelings about herself from those she believed her mother felt, transforming her self-defeating cycle. Caitlin could now respond to problems with self-esteem states in more productive ways, and if she chose, she could shop for her own pleasure.

Freud believed we are compelled to repeat until we remember. For example, Caitlin’s compulsion to shop repeated itself until she recalled how and why her self-esteem had been damaged during her early experiences. While it was painful to recall this, doing so allowed her to respond more productively to her problems with self-esteem.

Most self-defeating behaviors, whether it is excessive shopping or binge-eating, entail some combination of self-destruction and self-protection. The challenge is to uncover the roots of both issues so that a healthier response can be discovered. Here are some tips:

Dr. Collins is an adult, child and adolescent psychiatrist and psychoanalyst currently in private practice in Washington DC, but will relocate to Jackson Hole, Wyoming in the fall!  She also is an associate clinical professor at the George Washington University School of Medicine where she teaches psychiatry residents an introductory course on psychoanalytic thought.